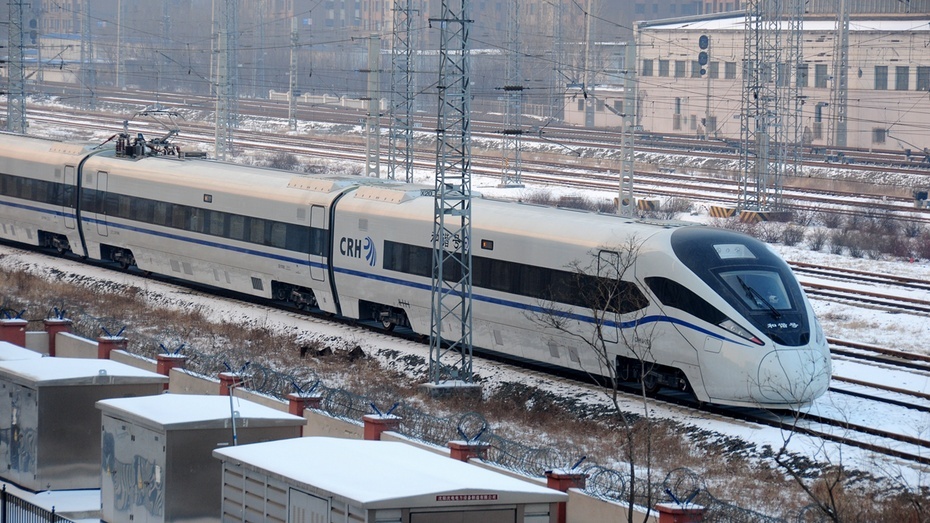 China is continuously investing in high speed rail and plans to have a complete rail network of over 120,000 km by the end of its 12th Five-Year Plan (2011-2015), among which 16,448 km will be high speed lines. By 2015, China’s overall passenger transport capacity should reach 3 billion people. Currently, the first prototype train (CRH1A-1170) with a Saft battery system onboard is running on the Qinshen (Qinhuangdao-Shenyang) line for qualification. After a series of qualifications by CRC, the new 807 trainsets will be deployed on high speed train services across China.

BST is a Sino-Canadian joint venture established in 1998 through Bombardier and CSR Sifang Locomotive and Rolling Stock Co., Ltd. The Project 807 is a new BST design within the CRH 1 (China rail high-speed) family. It is an eight-car trainset (comprising five motor cars and three trailer cars) based on the previous CRH1 and CRH380D (Zefiro) platform, but with significant improvements such as the use of aluminium rather than stainless steel construction to save weight and improve passenger comfort. The compact MRX battery systems are contributing to this weight-saving effort as they are several hundred kg lighter per train than the previous solution.

“This major contract for the Project 807 trains is Saft’s first EMU contract for BST, it reinforces our position as a strategic supplier for China’s fast-growing high-speed rail market”, says Xavier Delacroix, General Manager of Saft’s Industrial Battery Group Division. “The key to this success is the technical capability and excellent track record demonstrated by our battery design allied to the high level of local technical support and service provided by our Zhuhai facility.”

Saft MRX Rail Batteries
MRX batteries are well suited for this type of high-speed rail application as they have been purpose-designed to deliver maximum performance, reliability and low TCO (Total Cost of Ownership). They provide the low maintenance and long service life benefits of sintered/PBE technology within a slim, light-weight block battery package that shows a major size and volume advantage of around 30 percent compared with conventional batteries.

The MRX design is reliable and does not suffer from the ‘sudden death’, which can affect some batteries, even in extreme temperatures ranging from – 30° to 70°C.

Saft commenced delivery of the battery systems to BST in May 2014, with final delivery scheduled for the end of 2016.