Developers of portable devices now have an easier way to design in the most accurate and low power host-side battery gauges with the MAX17055 ModelGauge m5 from Maxim Integrated Products, Inc. 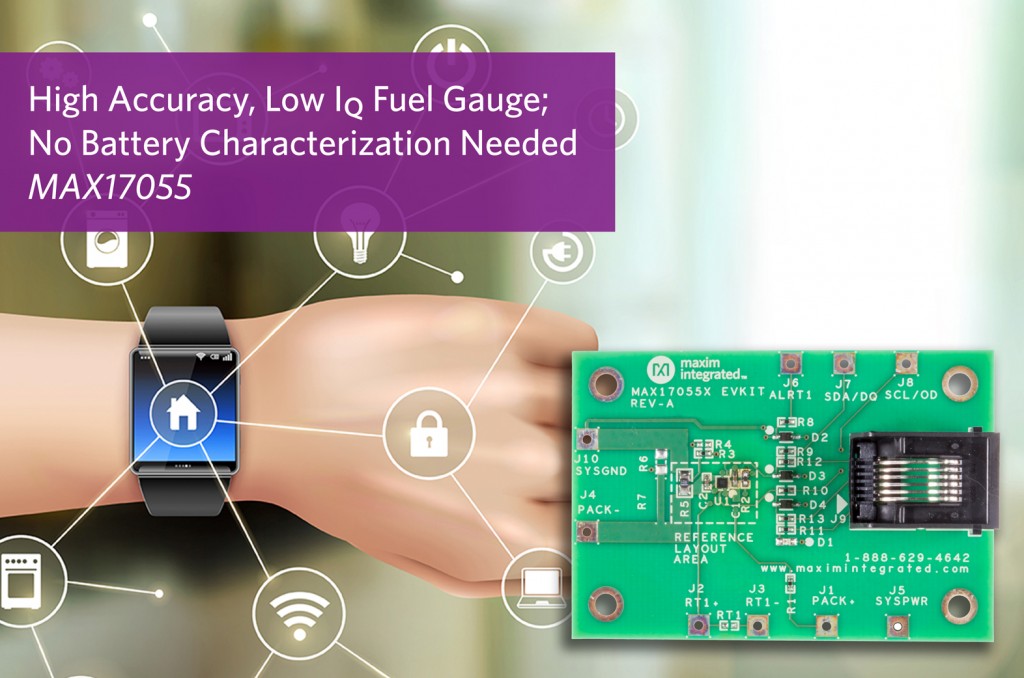 One of the main benefits of a fuel gauge is that the system designer can use it to decide when to shut down the device when the battery gets low. If the fuel gauge overestimates the battery life, the shutdown might not happen before the voltage falls below the minimum operating point, resulting in an unexpected crash. Alternately, if the designer shuts down the system prematurely, then the run-time becomes shorter, which is highly undesirable for the user. By offering the industry’s most accurate fuel gauge, within 1 percent state of charge (SOC) error for most cases, the MAX17055 allows the designer to plan for a shutdown that maximizes the device run-time.

The MAX17055 draws the industry’s lowest quiescent current, 7µA in the low power operating mode. It is available in a 1.4 mm by 1.5 mm WLP for space constrained applications. Unlike other gas gauges, the MAX17055 does not have a minimum battery size limit, making it well suited for wearables, smartwatches, smartphones, health and fitness monitors, body cameras, portable medical devices, hearables, drones, virtual reality gear and USB Type-C portable devices.