The term “green” is perceived to be attached with a price premium. The hype around green technology has created a buzz for more than a decade. This has also created a green marketing agenda for almost all organizations. Companies that have placed their entire value proposition around their ability to be green have gained more recognition. From the use of recycled paper to the decline in use of plastics, the term green has multifaceted dimensions. 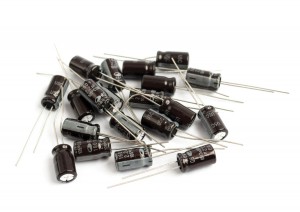 The working of the ultracapacitor, in basic terms, can be described as the physical separation of positive and negative charges. In other words, the method of separation of charges differentiates the ultracapacitor from batteries, which do it chemically. This perspective enables one to imagine that the ultracapacitor is unable to store energy for long periods of time as there is no external stimulator to keep the momentum going. Termed as low in energy density, the ultracapacitor is able to compensate in its ability to provide power. Inherent to its natural existence, is its ability to be regenerative. This means the high power provided can be captured and released at very high cycles called charge and discharge cycles. In the light of its working, it has many advantages along with disadvantages.

The True Technological Value Proposition Of the Ultracapacitor
The ultracapacitor has three significant characteristics among others, around which its existence is likely to create a revolution in the application of energy storage.

High Power Density
Its high power density cannot be compared to any other existing energy storage technology with citations of 30 kW/kg (by the University of California). This is its most significant enabling characteristic and its highest value proposition. However, as the term ‘specific power density’ indicates, it is the power released in one second.

Long Lifetime
Its ability to continuously sustain this power density for 500,000 and more charge or discharge cycles emphasizes its longevity through the life of the equipment.

To truly explain the significance of lifetime, let’s look at an illustration. One can easily identify with the frustration experienced when laptop batteries run out of charge. As a result, there are only two options: either keep it plugged in and work, or in a situation where one is on the move, sacrifice the worth of working documents by watching it shutdown. After a period of two years, which is normally the warranty period for a laptop battery, its ability to provide power will diminish significantly. Progressively, this degeneration of power continues until its ability to power the laptop lasts less than five minutes. For high investment in an expensive laptop, the degeneration of its energy storage component fails to justify the associated price premium. This significantly reduces the value of a laptop with numerous features that cannot be well supported by its mobile power source.

The presence of the ultracapacitor alleviates this frustration due to its inherent ability to remain purposeful and useful through its entire lifecycle. Degeneration does exist to a certain level; however, it is not comparable with that of a dying battery, which exhibits signs within two to three years. Having gained this perspective, it is pertinent to understand the ultracapacitor is not a replacement for the battery but a complementary technology that has the capability to bring greater value to a battery and sustain its lifetime.

To explain its ability to sustain the life of a battery while working in conjunction, it is important to know the area of shortfall in a battery that causes its failure to perform. The battery does not have the required proficiency to provide power density.

Nevertheless, with little or no alternatives available to the commercial market, batteries are forced into this role. As a result, the battery is strained from its forced functioning beyond its ability to provide power. This constant strain in the battery results in the situation described earlier while illustrating the laptop battery.

Charging Time
The ultracapacitor charges in a few seconds. The significance of this feature is understood while taking our earlier comparison with the battery in a laptop. We are all familiar with the process of charging a laptop battery for a minimum of six to eight hours during the initial installation. Subsequently, a laptop battery at half charge takes one to two hours to completely charge. As mentioned earlier, this charging time either increases over the years, or eventually fails to reach full power causing degeneration over time. Coming back to the ultracapacitor, the user faces none of these problems due to its inherent ability to charge in a few seconds throughout its lifetime. An ultracapacitor can be charged from either an AC or a DC power source that must be designed to suit the application in which it is placed.

The technology exposition above proves that the ultracapacitor has definitive advantages over the battery. However, from an application perspective, the first question is why is this technology not visible in the market? Or, what are the reasons for its minimal penetration in the application world?

The Ultracapacitor and its Niche
As every application that is discovered has always found its niche, the ultracapacitor technology and the people promoting this technology are identifying its niche. Its stand-alone use continues to be an unresolved topic of debate. Its true market value, however, can be established when it is put to use to highlight its key benefits while marrying it with the correct technology that complements its technological drawbacks. In most cases, the best combination is its suggested use with batteries. This combination entails options that range across the entire gamut of available battery technologies such as lead acid, nickel metal hydride, nickel cadmium and lithium ion among others. The logistics of such combinations are constantly being worked out by researchers globally.

Price Concerns
An area of key concern has always been its price premium over the battery. This challenge has placed a significant strain on the market traction of this technology. However, as mentioned earlier, its comparison with the ever-present battery has prevented end users from looking beyond the price of the battery for any energy storage application.

The price status of the battery has been realized by the historical influence of many market forces over centuries. Some of these forces have been achieved early in the century beginning with economies of scale, ubiquitous and irreplaceable market propaganda, intense global competition, as well as an increase in flexibility and power requirements of all applications. The socio-economic nature of the workforce has shifted from stationary to global and is constantly on the move.

The price of ultracapacitors is expected to decrease as the technology identifies ideal application markets, achieves economies of scale and can adapt to the changing power requirements of newer applications. In the meantime, the current high cost can be justified by considering its lifetime savings, total cost of ownership, as well as its ability to sustain the life of the battery while used in tandem.

That brings us to the original thought on going green. Does going green always need to be attached with a price premium? In the light of a green technology such as ultracapacitors, the technology is just beginning its visible commercial lifecycle. It is a century behind the battery in ‘mind share.’ Technical circles know of this technology, but unless it becomes a buzz word in every home akin to the battery, it will take time before the price comparison with the battery can become a meaningful one. Its gamut of applications does not near that of batteries in 2010. Perceived areas of potential applications exist, but unless that translates into a high demand-supply equation, the comparison between the two energy storage technologies is not based on apples to apples.

The Light at the End of the Tunnel
The market has witnessed the entry of many companies over the past five years. The application realm has increased significantly from wind power applications to smart meters and the very popular automobile market. Transportation markets that cover heavy vehicles such as buses and trucks already use ultracapacitors to conserve energy, capitalizing on its regenerative breaking feature. Its potential application markets range from automotive to renewable energy storage. This involves technological tweaks and paradigm shifts in thinking to leverage its technological features and complement its technological drawbacks.

This article appeared in the May/June 2010 issue of Battery Power magazine.

Emergence Of EVs And Their Effect On Solid State Battery Advancement