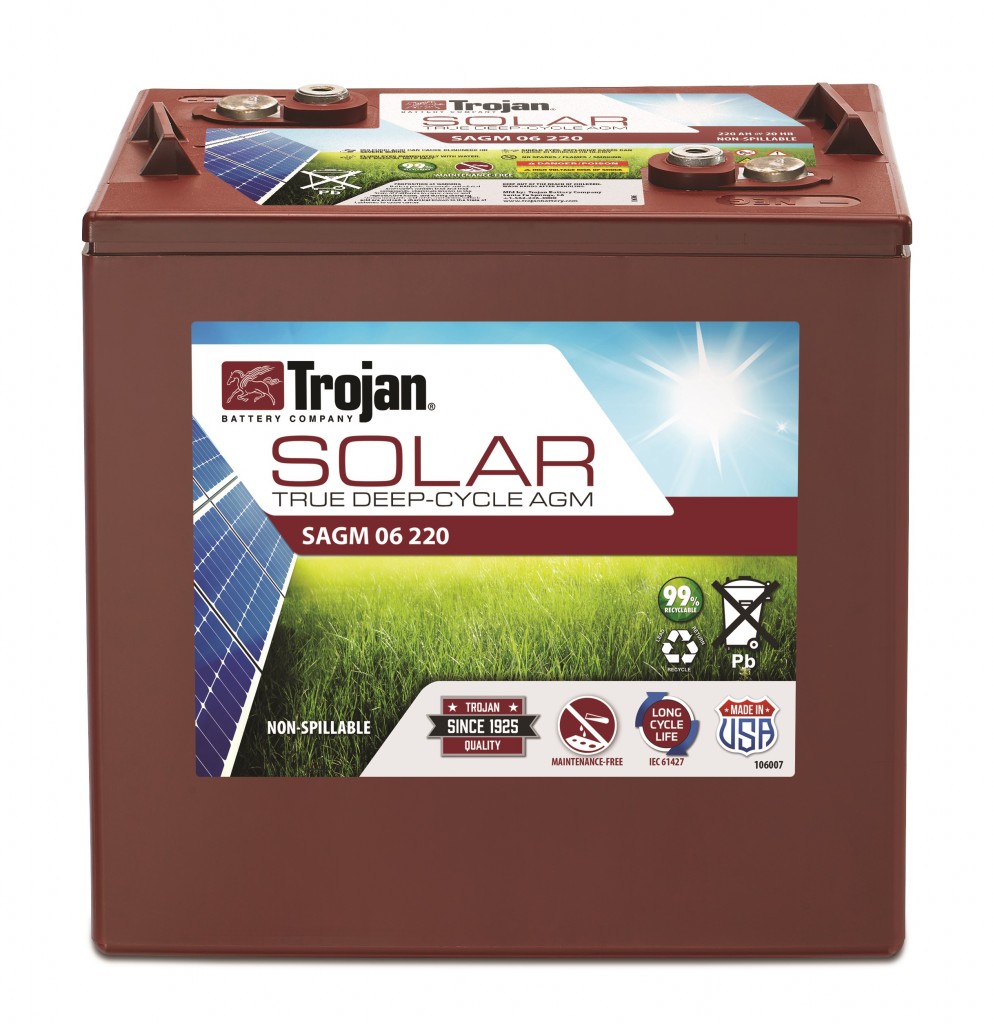 Offering a three-year warranty for stationary applications, and tested to an eight-year design life under IEC 61427 standard for solar batteries, this initial release includes a wide range of Trojan Solar AGM models.  With its non-spillable design, the new Trojan Solar AGM batteries enable installers to customize the use and position of the batteries in customer applications.  They also are certified for non-hazardous shipping per US DOT/IATA regulations.

“With batteries being one of the most expensive components of a battery-based solar system, it is critical to maximize the life of the battery bank to reduce the total cost of ownership of a system,” said Ganesh Balasubramanian, director of new market development for Trojan Battery.  “Trojan’s new Solar AGM line illustrates the company’s commitment to offering reliable energy storage solutions for a wide range of renewable energy market segments.  Trojan continues its focus on being an innovative leader in the energy storage space.”