The Importance Of Leak-Tightness To The Capacity, Service Life Of EV Battery Cells

December 14, 2018 | The future belongs to electromobility. The number of electric / hybrid electric (EV/HEV) vehicles is growing continuously. The heart of an electric vehicle is its battery. In the manufacture of traction batteries, special attention is given to quality assurance because the batteries contain combustible electrolytes and must also retain capacity throughout their entire service life. Leak testing plays a crucial role in the production of individual battery cells, the smallest component of traction batteries. Specifically, tracer gas procedures are acceptable for determining adherence to extremely low-limit leak rates. However, new methods of construction allow manufacturers to do more to provide leak-tightness for their cells. There are now new lid designs for improving the leak-tightness of battery cells. Using Glass-to-Aluminum-Seal technology (GTAS), battery electrodes are sealed with specialty glass instead of conventional plastic seals. GTAS permanently prevents the penetration of moisture into the battery cell. After all, no customer wants the battery range of their expensive electric luxury vehicle to reduce by half after just a few years of service.

Traction batteries form up to one-third of the value of an EV. These drive batteries are mission-critical wear parts and even potential sources of danger in cases of malfunction when driving the vehicle, since the electrolytes in the battery cells are flammable. The target standard applied to the service life of a traction battery is that it should retain 80% of its capacity after 10,000 charge cycles—a lofty goal in the traffic-laden streets where EVs / HEVs are found. To achieve a long service life, it is essential that the electrolytes do not leak out of the battery cells and water / humidity do not penetrate into the cell. Electrolytes could potentially react with water to become flouric acid. Subsequently, the individual battery cell’s housing must be completely gas-impermeable. A leaky cell will slip out of its normal range of capacity after far fewer charge cycles than the targeted 10,000. Penetrating humidity can even completely destroy the battery cell over time. Modern tracer gas procedures are suited for testing to establish this indispensable gas impermeability.

Battery cells are generally produced in three different configurations. Prismatic cells and commonly-found round cells both have rigid housings. These are unlike the housings of pouch cells, which are flexible. Regardless of form, when manufacturers fill the battery cells with electrolytes and seal them, they must test the housing for leak-tightness in order to prevent penetration of humidity. Production requires testing for leak-limit rates in the range of 10-5 to 10-6 mbar·l/s. Older testing procedures, such as water quenching, leak-detection sprays, and pressure drop measuring are not suited for detecting such small leak rates. A modern, comprehensive tracer gas method in a vacuum chamber with helium as tracer gas is recommended for quality assurance in production. In this process, a tiny amount of helium is added to the electrolyte filling of the cells (about three to five percent) so that each test specimen already contains the tracer gas.

Helium testing in the vacuum chamber

Helium testing in a vacuum chamber provides crucial advantages: it is an automated and highly-precise test procedure with very short cycle times and does not require interventions. If adding helium is not possible, the bombing method is applied. The battery cell is subjected to the excess pressure of a helium atmosphere. Helium can penetrate through any leaks in the cell so that emergent tracer gas can be detected in the subsequent test step in the vacuum chamber. The bombing method is primarily applied to cells with a rigid housing. Moreover (and specifically in the production of prismatic cells), it often makes sense to test the tightness of a cell early, even before the cell is filled with electrolytes. This should also take place in the vacuum chamber with helium as tracer gas. After filling, only one more leak test of subareas of the cell is required.

Prismatic cells, like all cell designs, have a number of potential weak points that need careful consideration. The first is the seal between the cell lid (through which the anode and cathode contacts run), and the corpus of the cell, which is often a single piece of deep-drawn aluminum. The aluminum lid, the fill opening, and the safety valve are laser sealed in prismatic cells, which normally ensures a permanently tight connection. Other components of the lid are more problematic because polymer seals are used in the two pole contact pins. Since all organic materials, including polymer seals, are subject to natural aging processes, there is a high risk that the required tightness will not be maintained over time. To combat this issue, different types of lithium batteries (such as high-capacity lithium-thionyl-chloride batteries) have instead utilized glass-to-metal sealed lids for decades, which serve as a compliment to their long service lives.

These problem points in the lid of prismatic cells can be remedied with a constructive approach that uses a new technology: glass-to-aluminum seals (GTAS). The principle of using glass as sealing material for metals is not new. Glass-to-metal seals (GTMS) have long been established on the mass market. They are utilized in large numbers in the automotive sector for lithium-thionyl-chloride and other lithium primary batteries, sensors, and control modules. Experiences with this technology and the large amount of data on the reliability of glass-to-metal seals provided the basis for development of the new glass-to-aluminum seals for prismatic and cylindrical cells. These GTAS seals are produced using specialty glass that is carefully formulated to adapt to the properties of aluminum. The thermal expansion coefficients of both materials have been precisely aligned with each other.

GTAS technology provides a seal as impermeable as it is durable thanks to its specialty glass that has a precisely calculated thermal-expansion coefficient. The principle of compression sealing is applied in the manufacturing process. A prefabricated ring of specialty glass is placed around the two pole contact pins, which are made of aluminum or copper. Another larger aluminum ring encircles them. When the two materials are heated in the joining process, the aluminum expands faster than the glass. When the materials have cooled, the aluminum presses from outside against the glass ring through which the pole contact pin runs. This pressure provides a very strong mechanical seal. In an application such as traction batteries, in which the battery cells must be especially strong for many years, this can be crucial to a long service life. Additionally, GTAS technology not only enables longer service life of the cells, it also reduces the complexity of their structure. In lids of conventional prismatic cells, there are often up to eleven different components made of plastic, copper and aluminum. In GTAS lids, there are only a few components for each pole contact: the contact pin of aluminum or copper, the sealing ring of specialty glass, and around it the ring of aluminum. This enables an intelligent, less complex structure for reliable gas-tightness of prismatic cells. The use of GTAS technology on the pole contacts and careful laser welding of the lid on the corpus of the cell are two significant improvements that can help extend the service life of prismatic battery cells.

Battery cells, the smallest component of a traction battery, make up about 60 percent of their value. The importance of quality assurance is correspondingly high. Leak tests are required in downstream production steps if the battery cells are connected to battery modules which form battery packs. To avoid the risk of short-circuiting, at a minimum water must not penetrate from the outside into the housings of modules or packs. Testing these housings for impermeability does not require helium testing in the vacuum chamber: a sniffer leak test makes more sense in this scenario, using either helium or forming gas, and can be conducted automatically by a robotic system. Moreover, a traction battery must never overheat, which is why the cooling circuit of the drive battery must be protected from coolant loss. This is usually checked after the battery has been completely installed via sniffer leak test in which the refrigerating agent itself (either R1234yf or CO2) serves as tracer gas. With the continuously evolving modern triumph of electromobility, countless new sealing demands will be made on suppliers and manufacturers. It is sensible to tackle these challenges from multiple directions: with intelligent construction of components and consistent seal testing. 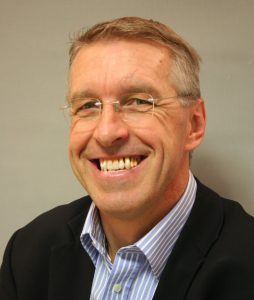 Helmut Hartl is a recognized authority for glass-to-metal sealing technology, especially with respect to its use in automotive and battery applications. Glass-to-metal sealing is an established process used to create hermetic barriers in many harsh environment applications, notably in Automotive Passive Safety Systems, Automotive Sensors and Lithium Primary Batteries. Mr. Hartl has authored a number of published works and holds numerous patents on this technology and its applications. He and his team recently received the “Innovator of the Year 2018” award for the development of the “Glass-to-Aluminium Technology for Supercapacitors” (awarded by the German industry publication Design & Elektronik). Helmut Hartl studied Mechanical & Electrical Engineering in Vienna and has worked in the field of Glass-to-Metal Sealing for more than 40 years. 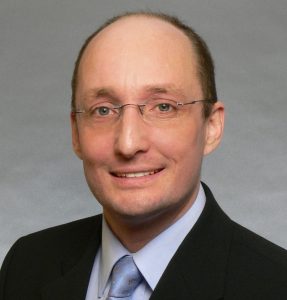 Dr. Daniel Wetzig is internationally recognized for his work in industrial leak detection using tracer gases and laser spectroscopy. He has worked with INFICON in research and development for more than 18 years. Before assuming his current role as head of Research and Basic Development which he manages for the company, he progressed through INFICON’s R & D organization as an engineer, technical specialist and project manager. He has authored numerous papers on commercial/industrial leak detection using helium and gas detection and holds several patents for the technology. He is a subject-matter expert in TRIZ, a problem solving and brainstorming technique popular in design engineering developed in 1946. Wetzig studied physics at the University of Duisburg-Essen, and earned a doctorate at the Westfälische Wilhelms University Münster in the field of surface science. He works at INFICON’s R&D facility in Cologne, Germany.