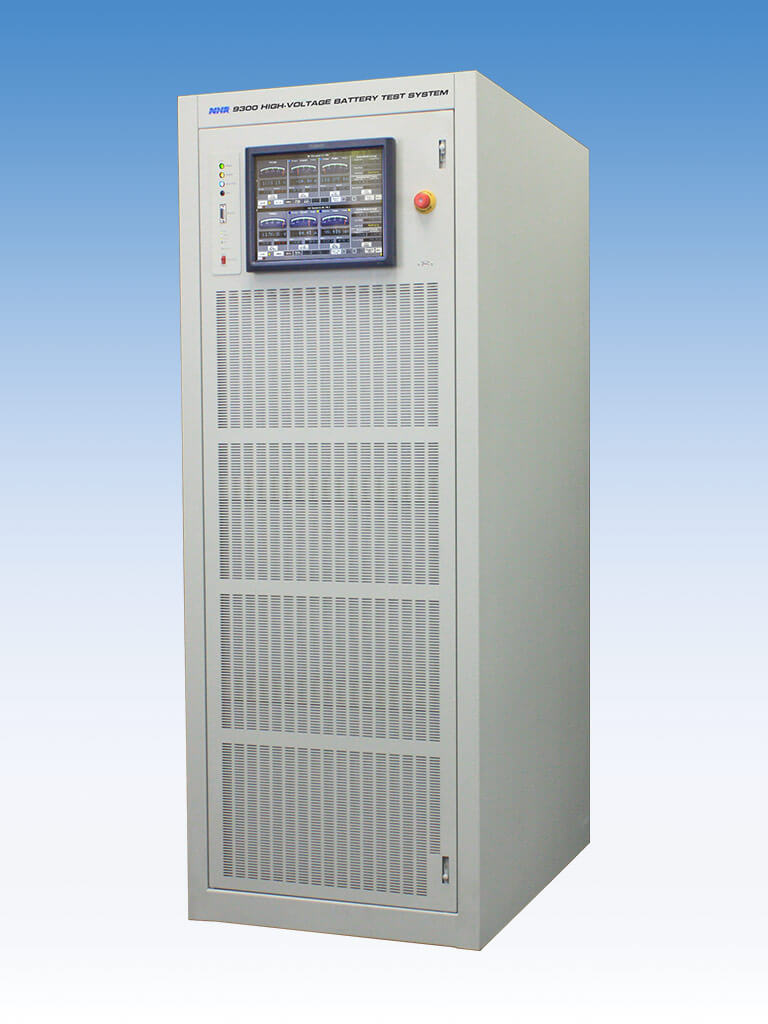 NH Research, Inc. (NHR) has released the 9300 series, a higher-voltage / higher-power version of its single-channel 9210 series battery test systems. The 9210 series provided a 12 kW power module operating at 40 V, 120 V, or 600 V and which allowed paralleling with similar systems to increase the power, whereas the new 9300 system provides a 100 kW power module with a software-selectable high voltage range (1,200 VDC / 167 A) and high-current range (600 VDC / 333 A) allowing for efficient testing of single-voltage and double-voltage Electric vehicle (EV) batteries as well as high-voltage Energy Storage Systems (ESS) used in grid-tied applications.

The 9300 further extends NHR’s family of high-power battery test and emulation capabilities, which are well suited for analyzing a battery performance under xEV drive cycles and grid-storage profiles such as PJM and time-shifting profiles. Like the successful 9200 and 9210 systems, the 9300 modules are independent allowing for testing of multiple batteries, each with a different test plan, power levels and start/stop times.

When higher power is needed, the 9300 modules may be paralleled providing 200 kW, 300 kW or up to 1.2 MW capability. This modular power capability allows a system to be sized to the power levels needed today while ensuring expansion capability should additional power be needed in the future.

The standard 9300 system is outfitted with an internal controller, system software and advanced touch panel for manual control. Through this interface the operator is able to create, run, monitor, chart and report UUT profiles without writing a single line of code. Alternatively, for complex test programs and for tests that require additional data acquisition hardware, users can employ either NH Research’s Enerchron test
sequencer software, or their own custom LabVIEW or Python application using the supplied fully-documented drivers.

The system is highly efficient and regenerative returning more than 90 percent of the energy removed from a battery is returned as usable AC facility power. Regeneration lowers the total utility consumption of the facility, reduces the amount of generated waste-heat, provides a cooler work environment, reduces air conditioning loads and eliminates the need for elaborate water-cooling systems. The operating cost savings
from using regeneration typically provides a return on investment within one to two years.