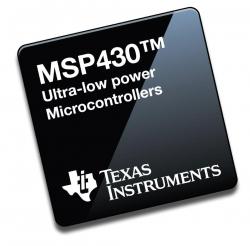 MSP430F525x MCUs feature a 1.8V split-rail I/O architecture that allows seamless interface to the application processor without needing an external level shifting circuit. Customers can now create smartphones, tablets and accessories that maintain I/O at 1.8 V while operating the MCU at maximum performance. With a fast wake-up time at 3.5 µs and as little as 1.6 µA power consumption in standby mode, these microcontrollers can extend battery life in portable consumer products from hours to days, while simultaneously reducing board space and system cost.

All of the new MSP430F525x microcontrollers include easy-to-use software and support to help designers get started quickly. The  MCUs are compatible with MSP430Ware software so developers can access code examples to simplify development and speed time to market. Additionally, the new MCUs are code compatible with existing MSP430 devices, enabling a broader range of scalability across TI’s ultra-low-power MCU portfolio.