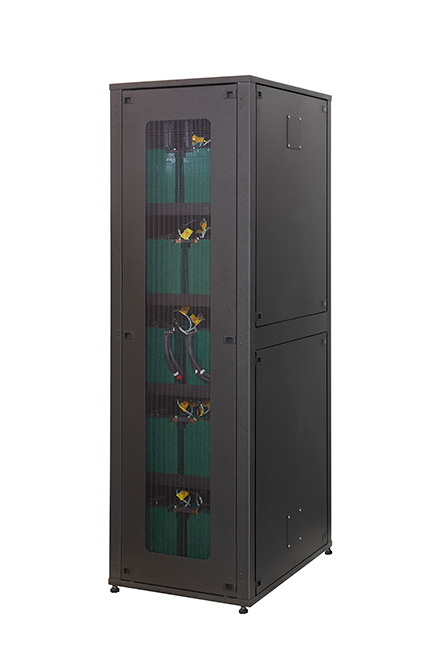 “While mainstream use of lithium-ion batteries is relatively new to the data center, we have been engineering UPS solutions with lithium-ion battery backup for customers for some time,” said Peter Panfil, vice president of global power for Vertiv. “By offering lithium-ion configurations from multiple suppliers, we are providing a broad spectrum of battery technologies that have been vigorously tested for safety and performance in multiple applications and environments.”

The benefits are substantial. Lithium-ion batteries are considerably smaller and lighter than VRLA counterparts, significantly reducing the footprint of the battery cabinets and in some cases enabling in-row battery storage. Additionally, some lithium-ion batteries can function at higher operating temperatures than VRLA, which can reduce battery cooling costs – in some cases, by as much as 70 percent.

Perhaps most importantly, depending on chemistry and utilization, lithium-ion batteries can last as much as four times as long as VRLA, and routinely last two to three times as long. In most cases, VRLA batteries would need to be replaced multiple times before the first replacement of a lithium-ion battery. That’s significant when you consider the greatest cost and nuisance factor associated with UPS batteries is replacement.

“By delivering UPS systems with extensively tested lithium-ion batteries from partners, Vertiv expands an already broad portfolio of data center power solutions,” said Rhonda Ascierto, research director for the Datacenter Technologies and Eco-Efficient IT Channel at 451 Research. “The combination makes it possible for firms to implement this increasingly cost-efficient technology in UPS installations, providing them with reliable performance and protection over a far longer time period than traditional lead-acid batteries, and helping to protect critical data center operations.”