A serious threat is putting many surveillance and access control systems at risk. But this threat doesn’t come from viruses, cyber criminals or stealth intruders.  Instead, it comes from the wall socket where small power fluctuations can take high definition cameras, surveillance equipment, access controls systems and other security equipment temporarily offline and even create gaps in digital recordings.

Making matter worse, the security industry is being sold on the idea that UPS (uninterruptable power supply) battery back-up provides 100 percent coverage against power issues. Not so fast.  Many, in fact, leave gaping holes in power protection that can take security systems down for minutes, or even longer, creating a security risk for the customer and tarnishing the reputation of the reseller.

Sensitive HD and IP-Based Technology
With today’s reliance on technology for surveillance and access control, any hiccup in the security chain can jeopardize a business or homeowner’s assets. This is particularly the case with today’s integrated and high quality digital systems that are more sensitive to the effects of power fluctuations both large and small.

“Everything today is data driven and networked,” said Erron Spalsbury, inside sales manager for 3xLOGIC a provider in the security industry for more than 25 years providing surveillance solutions that integrate audio, video, access control and OCR.  “So if the power drops out it takes a moment to bring the system back up.  Cameras have to reconnect, network switches have to turn back on, and in the 20 to 30 seconds it takes to bring everything back on line you could miss something.” 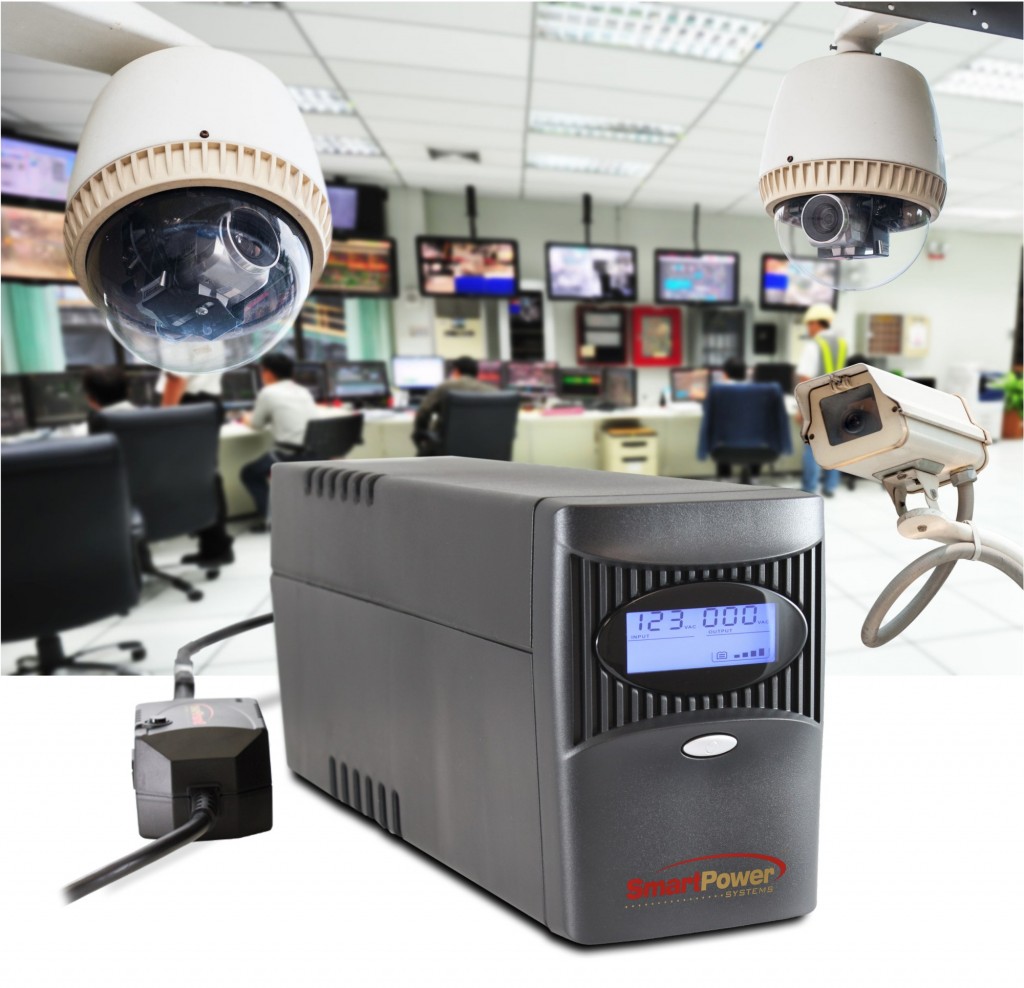 When security devices repeatedly go down for no identifiable or reproducible reason, known as “ghosts” in the industry, an most of the resellers often throw new hardware at the problem, replacing card readers, IP cameras, DVRs and even PIR and other intrusion sensors in an effort to stop the problem.  Or they blame the software as “glitchy.”  Yet, the problems persist.

“There have been vain attempts where people swap out equipment thinking it’s the electronics rather than the power supplied,” said Spalsbury. “For example, digital video recorders can be bothered by blips in the power, causing the unit to reboot.  But replacing it won’t fix the power issues.”

To protect these systems, resellers often install an uninterruptible power supply (UPS). By definition, these units kick in automatically to provide battery back-up for a certain period of time in the event of power outages and/or significant voltage drops.  Since most of today’s systems are IP-based, if the central computer goes down or reboots, then the entire system is down.  Such black-outs account for an estimated 30 percent of security system failures.

In addition, many of today’s UPS are marketed as providing “power conditioning” or “power filtration.”  The majority, though, are simply offering surge suppression that addresses only the largest power fluctuations, such as those caused by lightning strikes, that account for 2 percent of failures. Do the math, a UPS with surge suppression covers only 36 percent of power-related problems.  This claim, then, can be downright misleading.

The bulk of false alarm reboots, black-field cameras, unlocked doors and software malfunctions are caused by low-voltage drops and surges, according to studies by well-know manufacturers such as Bell Labs and IBM and independent labs. These cause “logic confusion” in sensitive electronic systems which create many different types of errors. The only solution for this type of power fluctuation comes in the form of true power conditioning by traditional isolation transformers or newer, more sophisticated electronic power conditioners.

If you have ever seen a large, bulky UPS with a built in isolation transformer, the reason is that it incorporates more traditional technology.  So-called “isolation transformers” are capable of suppressing smaller voltage spikes, but by design are prohibitively expensive, large and heavy.

True Power Conditioning + UPS
The latest electronic power conditioning devices, however, can provide “computer grade” power,  a clean, level, voltage supply with minimal noise, at a fraction of the cost, size and weight of traditional transformers and with additional features. When incorporated within a UPS unit, electronic power conditioning devices provide full coverage over the myriad of power-related spikes and surges. 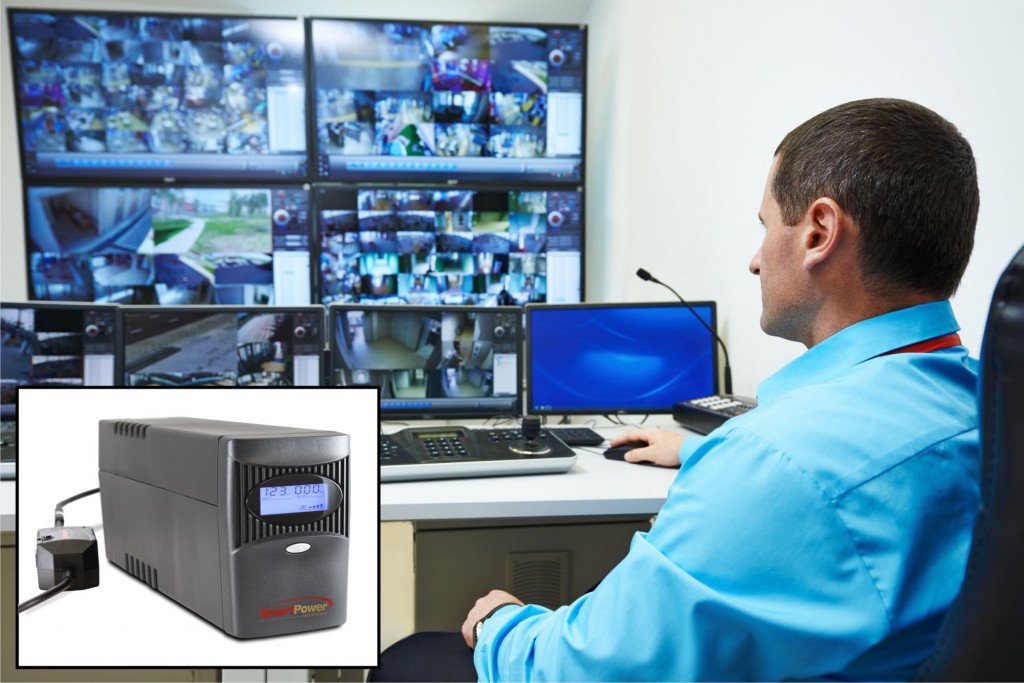 TBF-equipped UPS units not only provide the necessary protection against massive lighting strikes up to 6,000 volts, but more importantly, they also address the more common smaller voltage spikes and power dropouts that usually stem from internal sources such as an air conditioner compressor or elevator motor.

“We had a dealer with an installation that had everything under the sun on the same terminal as the recording system: the refrigerator compressor, A/C unit, the building lighting,” said Spalsbury. “When the A/C compressor would kick in, the lights would momentarily dim, dropping power and the system would have to reboot. So we put one of the Smart Power electronic power conditioners in there and that fixed the power issue to the DVR.”

The digital circuitry in TBF electronic power conditioner also filters out induced noise (EMI and RFI), from outside sources, as well as from unmatched ground loop current. In effect, all the risks are covered.

The use of an internal automatic voltage regulator prevents momentary sags that can cause the UPS to activate, slowly draining the battery.  Without this feature, UPS battery back-up life can run down to mere minutes, or drain completely. TBF-equipped UPS units go one step further by notifying administrators or others when the battery capacity drops low via text or e-mail.  Similar systems only notify when the battery is dead. Another advantage of the UPS-TBF is that it could take place on a network-wide basis, so that several UPS can be monitored through one administrative link.  At such time that a battery does need replacement, it is “hot swappable” with no interruption.

“When you’re recording important security data, you want to make sure that all those frames get into the hard drive by using the cleanest power possible, without any interruptions,” said Spalsbury. “We put in an electronic power line conditioner and sure enough the power issue goes away.”