Part of the Battery Power 2018 Trends to Watch Series

Every day, billions of people around the world switch on their lights and charge their electronics without concern that the electricity will be flowing. This convenience has lead us to believe that the centralized utility grids are the most reliable method to deliver power. But, as the 2016 Eaton Blackout Tracker report reveals, 4,000 blackouts caused disruptions for roughly 17 million utility customers across the US alone. Many of these power outages were caused by inclement weather.

With climate change expected to cause more frequent and severe weather events, the risks to our centralized and antiquated electrical infrastructure only increases. However, innovations in technology that harness renewable energy, such as solar and storage solutions that are integrated into microgrids and distributed along the entire supply chain of the centralized grid,  can create resiliency and energy security when and where people need it most. This is a trend expected to gain traction in 2018 and beyond.

The Effect of Hurricane Maria on the Grid
According to the Rhodium Group, Puerto Rico has the longest blackout in US history. In the aftermath of Hurricane Maria, 3.5 million people in Puerto Rico lost power for more than 40 days after the hurricane destroyed centralized electrical grids. However, some residential solar + storage mini grids on the island survived the storm and were up and running in short order. In fact, one customer of SimpliPhi Power batteries expanded her three-year-old grid-tied system to power her whole house so she would never have to be dependent on the centralized grid again.

Creating access to electricity by repairing the same aging centralized grid post-hurricane  portends a costly, inefficient and protracted undertaking, still leaving Puerto Rico’s infrastructure and people as vulnerable to new storms as it was before. The island would do well to instill stronger resiliency to their centralized grid with strategic distributed power generation and storage.

Power Lines Linked to Northern California Wildfires
In Northern California, 24,000 PG&E customers in Napa and Sonoma Counties were without electricity for days in the midst of wildfires that ravaged the area. Reports even speculated the fires were started by a combination of high-winds and failed transmission lines.

In spite of a wide range of outages in the area, the solar + storage microgrid at Stone Edge Farm in Sonoma kept operating for 10 days during the fires, even after mandatory evacuations. The microgrid of 16 buildings on 16 acres, with 630 photovoltaic panels generating 300 kilowatts (kW), seven inverters and batteries from nine manufacturers, was disconnected from the centralized grid and put in ‘island’ mode as soon as operators were alerted to the fires. Even after evacuation, the microgrid continued to produce power and was monitored remotely to shed loads, isolate assets or potentially shut the system down as a precaution if the site was under siege as a fire encroached. After the fires had passed, neighboring homes and businesses were still without power, but operations at Stone Edge Farm were not interrupted because it was not dependent on electricity from the centralized grid.

Power Safety and Resiliency with Microgrids and Mini Grids
The solar+storage home in Puerto Rico and the microgrid at Stone Edge Farm are excellent examples of how we can employ advances in energy technology to protect us from the vulnerabilities of the centralized grid in times of catastrophic events and systemic failure. These systems can create resilient communities with power assets that are local and often serviceable on-site by the owners themselves.

Utilities have the opportunity to use this distributed model of generation and storage and integrate these types of local assets into the rebuilding of larger centralized grids. By establishing microgrids within their larger grid infrastructure, utilities can create emergency assets for individual homes and businesses, islanding and even aggregating those assets for whole neighborhoods. With this forward-thinking approach citizens and utilities alike can benefit from greater safety and resilience during blackouts and faster recovery after disastrous climatic   events. Local, distributed power generation and storage assets can keep people safe, one home and one business at a time.

With climate change increasing the frequency and strength of storms and droughts leading to wildfires, more prolonged centralized grid failures are imminent. And, with each costly centralized failure, utility rates are expected to go up.

We need more enduring forms of power than the old centralized model alone. Given the technological innovations in energy storage to capture and deploy renewable generation efficiently and cost effectively, and the resiliency that these solutions create, it’s time to consider the integration of renewable assets into the rebuilding our grid infrastructure. By installing community microgrids and mini grids, utilities can continue to fulfill their mandate of reliable power, while also modernizing their grids for future resilience and safety. 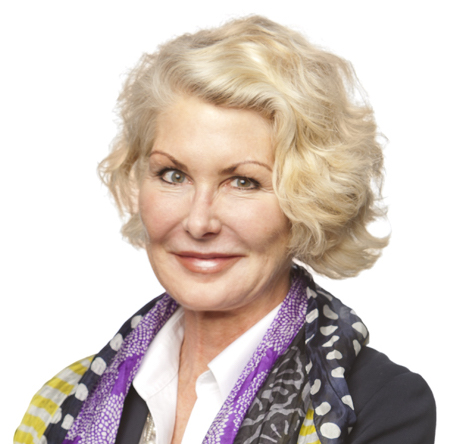