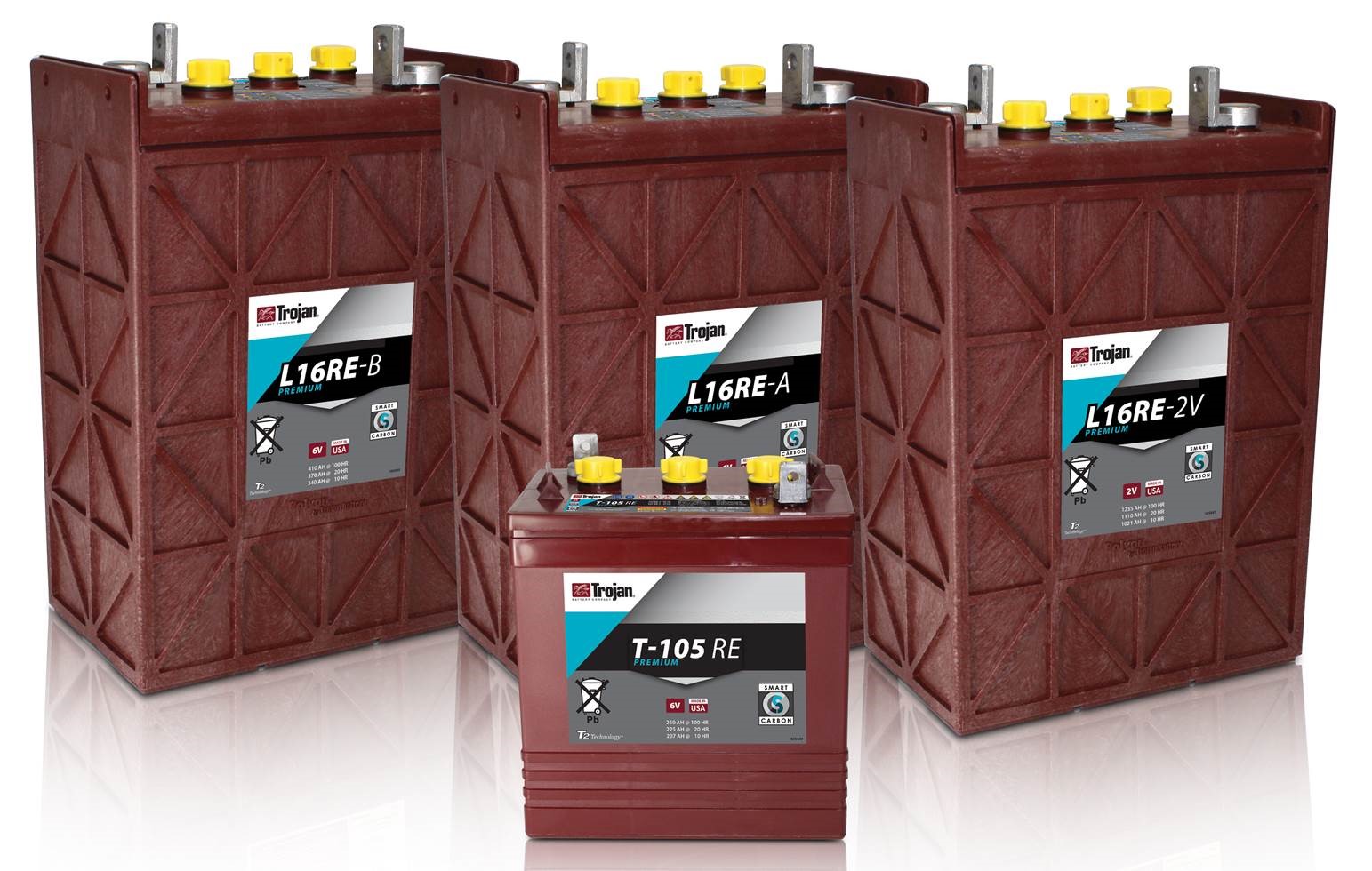 Trojan Battery, Co. LLC, has released its new lines of deep-cycle batteries featuring Smart Carbon technology, which addresses the impact of partial state of charge (PSOC) on cycling batteries in renewable energy (RE), inverter backup and remote telecom applications. Smart Carbon is designed to enhance life and performance of Trojan batteries operating in PSOC. Smart Carbon is a proprietary Trojan formula that provides improved performance when the batteries operate in PSOC, enhancing overall battery life in off-grid and unstable grid applications where the batteries are under charged on a regular basis. Along with increased life in PSOC, Trojan’s Smart Carbon provides improved charge acceptance and faster recharge in PSOC applications.

With batteries now being one of the most expensive components of RE, inverter backup and remote telecom systems, it is critical to maximize the life of the battery bank in order to reduce total cost of ownership. Trojan understands that batteries used in these systems are regularly cycled at PSOC due to the intermittency of solar generation, an unstable grid or to minimize operating costs of a hybrid charge-discharge-cycle (CDC) system. Operating at PSOC can quickly diminish the overall life of a lead acid battery, which results in frequent and costly battery replacements.

Trojan chose to add Smart Carbon first to its deep-cycle flooded batteries because flooded technology is the most widely used in off-grid and unstable grid applications globally due to its cycling performance, ability to withstand harsh conditions, widespread availability and economical price point.

New Products, Partnerships and Technology Across the Battery Industry