A special session of the International Civil Aviation Organization (ICAO) Dangerous Goods Panel (DGP) was convened in Montreal, Canada from April 7-11 2014 to address the transport of lithium batteries as cargo aboard aircraft.  The focus of the meeting was on a proposed prohibition of lithium metal batteries as cargo on Passenger Aircraft.  The special session was convened because the DGP was unable to reach an agreement on how to appropriately address the safe transport of lithium batteries aboard passenger and cargo aircraft during their regularly scheduled 24th session which was held October 28 to November 8 2013.  For a number of years, there has been some concern, especially from the pilot community, that lithium metal battery fires cannot be effectively suppressed by the halon fire suppressant systems installed on passenger aircraft. Cargo aircraft are not required to be fitted with fire suppression systems although some airlines such as FedEx, have voluntarily installed them. 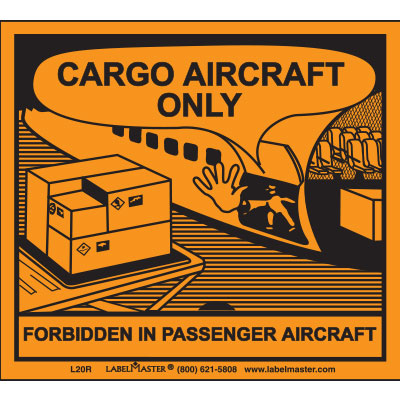 During their 24th session, the DGP considered a working paper (DGP/24-WP/9) from the ICAO Secretariat which proposed a full ban on the carriage of lithium metal batteries on passenger and cargo aircraft. In an unprecedented turn of events, an ICAO International Multidisciplinary Lithium Battery Transport Coordination meeting was held February 4-6 2014.  This meeting set the stage for the special session of the DGP and resulted in a number of recommendations for the DGP to consider:

Option 1: Total prohibition on passenger carrying aircraft until such time as the data supporting safe transport is available

Option 2:  Prohibition with an approval provision

Option 3: Permission to transport certain limited lithium metal batteries based upon a performance criteria for packaging such batteries. Performance- based criteria would be developed for inclusion in the Technical Instructions.

Option 4:  Option 3, plus permission to transport very small cells (e.g. button cells). The number and package configuration would be validated based upon a specification (may or may not be fully declared) 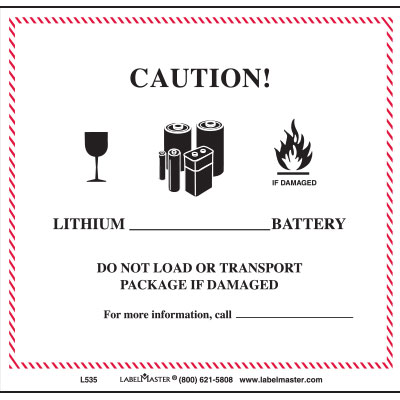 The DGP agreed to adopt a prohibition for lithium metal batteries carried as cargo on passenger aircraft.  Fortunately the DGP did not agree to prohibit those packed with or contained in equipment or those carried by passengers in the cabin of the aircraft.

The DGP’s decisions are expected to be approved by the DGP’s parent committee, the Air Navigation Commission (ANC) at its scheduled meeting later this month.  The actual text of the decision, including associated consequential amendments, can be expected towards the end of May.

It is likely that effective January 1, 2015 when a new edition of the ICAO TI comes into force there will be more restrictions on the transport of lithium batteries and that lithium metal batteries will be prohibited on passenger aircraft.  The DGP’s decision, if approved, will eliminate Section II of Packing Instruction 968 which addresses lithium metal cells and batteries.  The DGP agreed to continue discussions in the next biennium of meetings and to consider prohibition of lithium batteries on cargo aircraft as well.

Labelmaster will continue to stay abreast of lithium battery regulation developments and provide updates as they happen.  For more information, please visit labelmaster.com.

Labelmaster established in 1967, is a developer, manufacturer, distributor and marketer of hazardous materials compliance products, including lithium battery labels, regulatory publications, lithium battery packaging and more. The company’s 47 years of experience providing regulatory information and products for all transportation modes make it especially qualified as a total compliance resource.

To learn more about Labelmaster, find us on Facebook or follow us on Twitter.
Bob Richard joined Labelmaster Services as Vice President for Regulatory Affairs in October 2010. Bob provides dangerous goods regulatory and consulting service to customers worldwide by drawing on his vast experience, knowledge of the hazardous materials regulations and extensive network of dangerous goods professionals worldwide. Bob served as the Chairman of the United Nations Sub-Committee of Experts on the Transport of Dangerous Goods and as the chairman and vice chairman of the ICAO Dangerous Goods Panel.